Clinton ABC is a program that works. Since 1972, all of our graduates have been admitted to college and gone on to lead lives of consequence as doctors, lawyers, engineers, teachers and businessmen.

Small School Setting – with only about 100 students in each grade, teachers get to know their students well and students have more opportunities to join groups, organizations and sports teams.

A Blue Ribbon School – Clinton High School has earned the highest national honor a public school may receive from the United States Department of Education having  been named a “2017 National Blue Ribbon School.”  Clinton qualified for the designation as an “Exemplary High Performing School” which means it is among the highest performing schools as measured by state assessments or nationally normed tests (program information).

Nationally recognized school for academic excellence – Clinton was selected as a school of excellence in the U.S. Department of Education’s School Recognition Program. In 2014, Newsweek ranked Clinton 232nd nationally and 23rd in New York State on its list of America’s Top Schools.

Home environment – Scholars live together in a home with a resident director family.

Extra college counseling – in addition to the expertise of the guidance counselors in the high school, the Clinton ABC board includes two members who work as college admission officers. All of these people assist our scholars in their search for the right college. Typically, more than 90% of Clinton’s seniors go to college.

A long history of success – Clinton ABC graduates have gone on to some of the best colleges in the country to become successful in a range of professions.

Lifetime friendships – Many of our scholars remain connected to their host families and friends throughout their life. 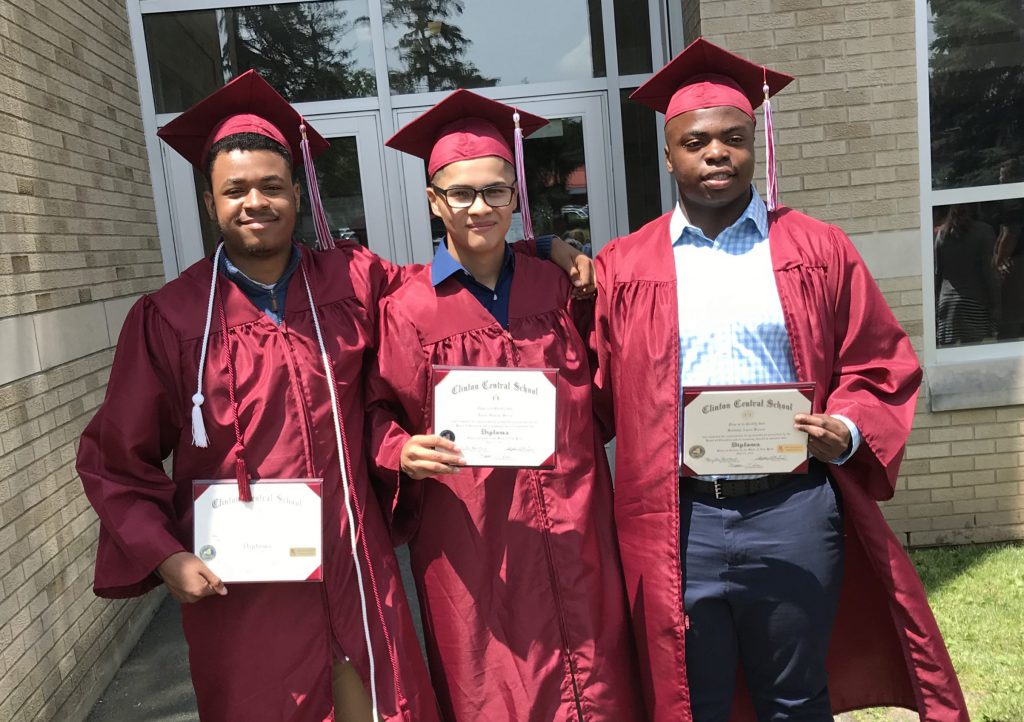 To substantially increase the number of well-educated young men and women of color capable of assuming positions of responsibility and leadership in American society.

This website uses cookies to improve your experience while you navigate through the website. Out of these cookies, the cookies that are categorized as necessary are stored on your browser as they are essential for the working of basic functionalities of the website. We also use third-party cookies that help us analyze and understand how you use this website. These cookies will be stored in your browser only with your consent. You also have the option to opt-out of these cookies. But opting out of some of these cookies may have an effect on your browsing experience.
Necessary Always Enabled
Necessary cookies are absolutely essential for the website to function properly. This category only includes cookies that ensures basic functionalities and security features of the website. These cookies do not store any personal information.
Non-necessary
Any cookies that may not be particularly necessary for the website to function and is used specifically to collect user personal data via analytics, ads, other embedded contents are termed as non-necessary cookies. It is mandatory to procure user consent prior to running these cookies on your website.
SAVE & ACCEPT